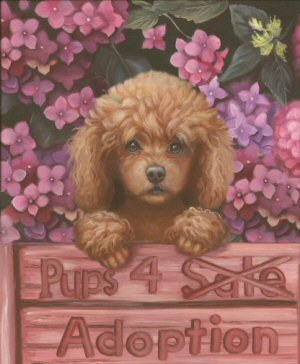 Looking for teacup dogs or pocket puppies?
Thank you for starting here first! The paragraphs below will describe how they came to be and how you should go about getting one.

The links to each dog breed on the left will give you the best and most detailed information available on the web.

Teacup Puppy breeders... and the ones you should avoid.

There are tons of breeder websites on the internet. Each one telling you how they've managed to breed their dogs down to the size of peanuts. The newborn puppies being held in the palm of their hands look more like mice... and yes, for the right price they will sell you one. But don't start counting out money just yet.

How the puppies got so small.
A lot of so-called teacup puppies are basically just runts of the litter so be very careful, but much of the time the story is actually much worse.

It can be horrific when it happens, and I won't go into detail about how it's done because I wouldn't dream of giving anyone ideas, but purposely producing underdeveloped puppies is a very common practice for a lot of breeders who are hungry to make a profit on the growing fad of teacup puppies.

The puppies they produce this way are smaller and grow at a slower rate. And luckily for them, cuteness sells and Hollywood makes it look glamorous. So they get to charge twice as much money while unsuspecting buyers take home sickly puppies with fragile bodies and lowered immune systems, none the wiser for a few days, weeks or even months. Then the vet bills start rolling in... or worse. 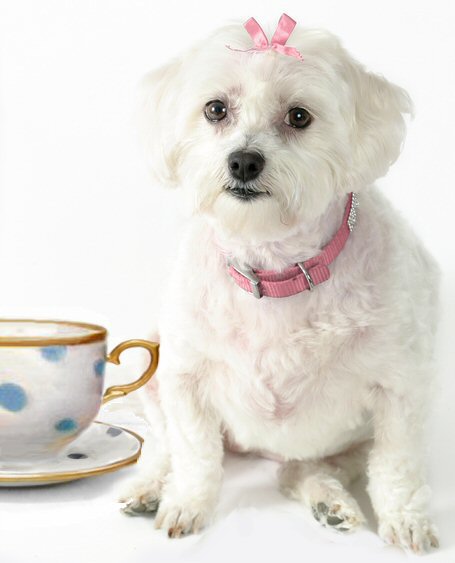 Other Risky Teacup Puppies
Besides what I've already mentioned, there are other risky ways of producing tiny dogs, like the obvious way of mating 2 tiny dogs. But buyer beware.

Risking the tiny and fragile life of a 2-4 pound dog by breeding her with another 2-4 pound dog in order to produce at-risk puppies with little to no regard for health, longevity or advancement of the breed and for the sole purpose of profiting financially is deplorable by any dog lover's standards.

Be extremely wary of anyone who is willing to risk so much for no other purpose than to sell you a product that benefits no one or nothing.

These would be my questions to anyone looking for a teacup puppy. 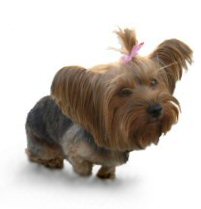 Personal Experience with Injuries.
A friend of mine who loves teacups (she's admittedly not a great friend) lost two tiny Yorkies within a two year span. The first died from a fall. It jumped or fell from the bed and broke it's neck. He suffered greatly before he died. The second one died during a routine office visit to have her teeth cleaned. Her tiny heart gave out under anesthesia.

It's also worth mentioning that trying to housebreak teacup puppies can be extremely difficult. Neither of the dogs mentioned above were ever completely housebroken. Though I can attest that everything possible was done, tiny dogs have even tinier bladders. They cannot hold it as long as a dog of even normal 'toy breed' size. 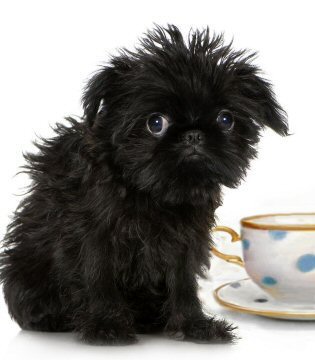 If you simply can't be persuaded otherwise

.
We realize that sometimes wanting something so badly is worth a risk to some people. If you're one of those people, we would urge you to consider taking every possible measure to ensure the safety and health of the dog.

First, never buy a puppy from a pet store. Please watch the video below.

Then, when you've found a reputable breeder AND met her AND seen the parents of the puppy in person, take the puppy home and keep him off of the furniture. A good rule of thumb to protect teacup puppies is, keep him off of all furniture that he himself could not jump onto.

Then if the dog, once full grown, will be allowed on the couch or bed, etc., consider using pet steps.

Even though teacup puppies don't know that they're teacup puppies because they still feel like big dogs on the inside. They can be trained to use pet steps.

And even if your 'runt' grows to be the largest dog in breed history, pet steps and pet ramps have been proven to prevent injury AND the early onset of joint diseases in all breeds.

Be Proactive.
Regular visits to the vet, staying up to date on routine shots and keeping your dog on Heart worm preventative

is also advisable. Prevention is worth at least 2-4 pounds of cure when it comes to teacup puppies and teacup dogs.

Maintain a good relationship with your teacup by investing in a little house training insurance. An Indoor Potty Patch﻿

will make life easier for your dog and his tiny bladder and he won't need to worry constantly about disappointing you or getting in trouble when it becomes hard for him to hold it.

Don't be taken advantage of by careless breeders.
Before paying hundreds or even a thousand dollars or more for a teacup puppy, keep this in mind. The word teacup is a made-up term, invented and touted by [select adjective] breeders in order to sell you a potentially unhealthy dog for the soul purpose of making a profit.

A dog that could never be shown because it doesn't meet breed standards shouldn't cost more. Not that there's anything wrong with a dog who doesn't fit into breed standard, but combine that with a lower chance of living to full breed potential and a much higher likelihood of costly vet bills and they might as well be elderly dogs with special needs - and elderly dogs with special needs don't cost more.

So don't let yourself be taken advantage of by a person who likely did nothing more than recklessly risk the life of her female or engage in some other deplorable breeding practice in order to swindle out of your money.

Get an iron-clad health guarantee.
If the breeder won't guarantee the health of the puppy for at least a year, consider that a huge red flag. Don't accept excuses. You can't pay vet bills with excuses and your puppy can't fight off illness with excuses.

But even a health guarantee means nothing in the grand scheme. Most of the time, it's nothing more than just the promise of another [sickly] puppy (he or she is sure to have in another feces-filled cage somewhere) if your first puppy should die or come down with some grave illness.

So which Breeders should you avoid?
I don't personally have a problem with a breeder who sells a tiny dog -half of standard size and weight- because that dog just happened to be the runt of the litter. This dog will still possibly grow to breed standard.

Even a breeder who sells a tiny dog because one was born in a natural way to a standard size female who mated with a standard size male is fine. But when that breeder says she specializes in teacup puppies or regularly has teacup puppies for sale and then sells them for a higher price than she would sell a normal sized dog, you should run as quickly as you can in the other direction.

Most importantly, Never buy a puppy of any size from a pet store.

Petsmart and Petco are the two exceptions we know of. They only offer space inside their stores for homeless animals in need of adoption. Not to be confused with other stores like, Jacks's Aquarium and PetLand who are supplied by puppy mills and puppy brokers.

There are more than 10,000 puppy mills in the United States alone. These videos are not isolated cases.

As you type in your search for teacup Chihuahuas, Yorkies or Pomeranians, etc, try to remain aware that buying puppies in this way is like closing and locking the the cold, metal, wire doors on their sick, matted and starving mothers - forever imprisoning them to their tiny, feces filled cages with nothing to look forward to but an early death.

Local Breeders? Not Even Close.

Oh, sure. We've heard their arguments too. We spoken to the young naive employees who work at PetLand and other stores like it. They stand there in their khakis and polos and tell us the same thing, sounding as though they've had to say it a hundred time before, that their puppies only come from local breeders.

But, think about it. They make minimum wage and someone has told them to say that... and they probably even believe it, but don't you believe it.

On the right is the video of the Humane Society of the United States' Investigation into the puppy mill puppies in Pet Land.

And as always, no matter the size... Make sure that the breed you choose will be compatible with your family and lifestyle. The profile pages below will tell you all there is to know about the toy breeds that are currently being touted by breeders as teacups.

Here are some other naturally small dog breeds that are likely available for adoption at a rescue or shelter near you! Learn more about where and how to find adoptable toy breed dogs in your area.


How to increase the chances of your new puppy staying small.
If you want a toy breed who will grow to be no larger than breed standard, do your homework. Find a reputable breeder and ask to see both parents of the puppies.

Learn more about me, my art, the mission of this site and Rescue Dogs Are Better here.

Helps continue the cause of bringing awareness to the plight of puppy mill dogs and hopefully, one day, put an end to them.

We also welcome you to contact us if there are any other questions we can answer for you about anything you saw or read on this site.

As an associate, I may earn a small commission for Amazon purchases made through this site.

Please consider adopting your new best Friend. Click here to learn all the reasons why dog adoption might be best for you. Copyright © 2021 Small-breed-dogs.com. All rights reserved.